An automobile is, at its core, a tool. It takes you from A to B, preferably without breaking the bank or your back while doing so. But some cars do more than carrying you around. The likes of Giugiaro, Zagato, Bertone, Ghia, and many more, made sure that cars are also kind to the eye, some, even, gorgeous to look at. Robert Opron also deserves a spot among the greatest car designers of the 20th century as the man behind such iconic cars like the Citroen SM.

Robert Opron, one of the most famous French car designers 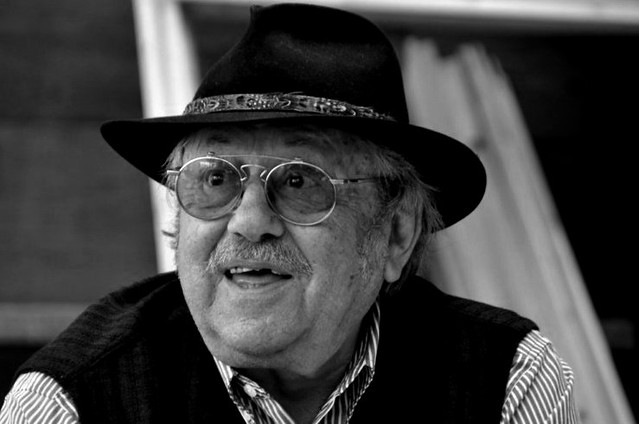 Car design is a form of art. Looking at some of the more lackluster models you’re likely to encounter on today’s roads, you may doubt this statement, especially as certain design cues seem to be passed from one manufacturer’s products to another one’s products if we’re witnessing an automotive design relay race. Deja-vu is often the feeling you get when seeing the cacophony of SUVs, crossovers, and compact cars on the market and there’s a reason for that.

A variety of safety regulations dictate many of the car’s interior and exterior parameters. The angle of the windshield, size of the headlights, their height and location, everything is strictly watched over by rule-makers that seek to make our cars safer. This means that form follows function more than the other way around in the case of some cars. That’s also why some of the world’s most revered cars - from a design standpoint - have come out of the ’50s, ’60s, or the ’70s when safety regulations were less stringent.

Even then, however, a card had to fulfill its purpose and it is this marriage between beauty and purposefulness that makes car design a truly special art form. You don’t have to have good-looking cars. Sure, beauty sells in all walks of life (although it shouldn’t, at least sometimes) but it’s not a pre-requisite when you’re buying a tool. You don’t buy the prettiest washing machine or hair drier so why should a car be pretty? Or cute? It doesn’t have to be yet such famous designers as those we’ve mentioned above were able to come up with those strokes on a piece of paper that make a design truly stand out as emblematic.

Robert Opron was gifted with this ability as he breathed charm into many of France's more quirky offerings. As a pupil of Flaminio Bertoni, the designer of Citroen's DS, Opron grew to love curvy, flowing designs that often bent the rules with an avant-garde twist.

But Citroen wasn’t his first home. Born in 1932, Opron spent almost a decade of his life studying the arts, first in Amiens and then in Paris. With architecture, sculpture, and painting all equal parts of his foundation as an artist, Opron became interested in the aeronautical industry and even took up acrobatic flying. This passion saw him land a job as a cockpit designer for the ’Societe Nationale de Constructions Aeronautices du Nord’, an aerospace company responsible for the Nord Noratias military aircraft among others. He was barely 22 at the time, in 1954, and it took just two more years for Opron to make his breakthrough on the automotive scene.

However, it was on the Simca Fulgur concept car that the designer really made his first big splash.

Exhibited at the New York International Auto Show, the Fulgur was Opron’s take on a car fit the 1980s and it included such gizmos as obstacle warning systems and even a gyroscopic stabilization system. Three years after designing the Fulgur, Opron responded to an ad in Le Monde that led him to sit down with Citroen’s Chief of Design, Flaminio Bertoni himself. 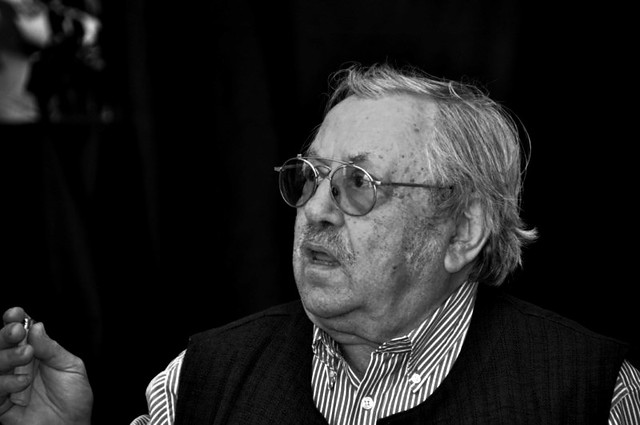 While unimpressed by Opron’s previous works, Bertoni hired him saying that "I do find you interesting!" This initial encounter might not have been the ideal start for a working relationship, Opron disliking Bertoni’s behavior almost right away but his tenure with the French maker produced some truly remarkable designs. The first major gig that Opron completed was the Citroen DS’ facelift, his being the quad-headlight fascia that debuted in 1968. Two years later, in 1970, two ground-breaking Opron designs made it onto the market: the four-door GS and the two-door, Maserati-engined SM.

"The dolphin, the leopard, the swift, they each move at a speed consistent with their environment, each using a minimum of energy. What a great lesson for a stylist," said Opron and you could see that he relied heavily in his work on the beauty of mother nature. Flowing lines, carefully caressed surfaces, and neatly pointed edges were his trademark, many underlining his dedication to studying the way light reflects off an object’s surfaces.

The luxurious SM might not have been the racer that Citroen had originally envisioned but, sitting low thanks to its hydropneumatic suspension, it’s always a sight to behold and one of the cars that most people think of when they hear Citroen, along with the DS, the 2-CV, and the Traction Avant.

Before the SM had left production in 1975 (by which time almost 13,000 units had been sold, including 2,400 Stateside), Opron's last Citroen design had reached the showrooms.

The name, CX, was a not-so-subtle suggestion that Citroen cares a lot about its cars’ aero efficiency and, indeed, Opron too was keen on how the air flowed down a car’s surfaces.

He took this philosophy with him to Renault just as Citroen and Peugeot were merging together and although he still had many iconic designs in him, it was the CX that stood the test of time as his favorite work. Upon joining Renault, he got to work redesigning the Alpine A310 which ended up looking a lot more muscular and purposeful after Opron (and future McLaren F1 designer Peter Stevens) was done with it. The popular Fuego two-door coupe, as well as the compact 9 and 11 models, followed suit and it was these latter two models that Renault tried to push onto the North American market as the Alliance and Encore. While the exercise was, by and large, successful (the Alliance was Car & Driver’s Best Car of 1983), Renault left the market in 1987.

In Europe, the 9 followed in the CX’s footsteps becoming European Car of the Year in 1982. On top of that, it became France’s most popular car and Renault’s best-selling model ever at the time. Throughout the ’80s, Opron collaborated with other to-level designers including Dick Teague (on the American market Renaults), Marcello Gandini (who influenced Opron on the design of the 25), and even Giugiaro who had a role in the design of both the 19 and the 21.

Following his exit from Renault in 1985, Fiat’s Centro Stile welcomed the, by now, prolific French designer. As the head of the ’Advanced Studies’ section, his drafts were the starting point for a design project called the ES 30, or ’Experimental Sportscar 3.0 liters’. The ES 30 morphed into the Alfa SZ and was unveiled at the 1989 Geneva Auto Show. Antonio Castellana gave the car its production look with Zagato building both the coupe and the even less good-looking RZ roadster.

While controversial, the design remains one of the most famous to ever sport Zagato's badge.

In his later years, Opron worked as a consultant and was contracted by Ligier in the ’90s. The once-proud race car maker that’d been quite successful in F1 was, by now, busy making electric or gas-powered micro-cars for teenagers. 1998’s Due and 2000’s Dragonfly are some of Opron’s last full works. While the man may be gone, his cars will live on, enthralling many car fans that are enamored with the best that the French auto industry had to offer in the second half of the 20th century.

Michael Fira
Associate Editor and Motorsport Expert - fira@topspeed.com
Mihai Fira started out writing about long-distance racing like the famous 24 Hours of Le Mans. As the years went by, his area of interest grew wider and wider and he ever branched beyond the usual confines of an automotive writer. However, his heart is still close to anything car-related and he's most at home retelling the story of some long-since-forgotten moment from the history of auto racing. He'll also take time to explain why the cars of the '60s and '70s are more fascinating than anything on the road today.  Read full bio
About the author
What do you think?
Show Comments
Car Finder:
Menu